It has been reported by media that Bollywood actors Aamir Khan and Juhi Chawla are now reconciled. According to Amir khan he and Juhi qurelled over a petty issue nearly seven years ago. Since then, he said, he did not use to talk her. He tells that even during the shooting of any film he kept distance and did not talk her without extreme necessity. Now the differences have finished and the both senior actors have reconciled.
Both senior artists’ fans will certainly welcome this news because they enjoy a good reputation and have presented good work in quality and quantity in the shape of their successful films not for their fans and industry but also for the society because a film is a very effective media to educate the people regarding usual issues prevailing and faced by a society. When a senior and talented artist performs in it and deliver dialogs, the massage being conveyed becomes the more convincing. 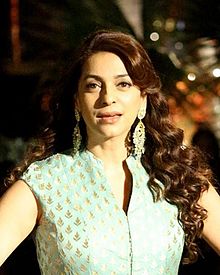 Aamir khan’s full name is Mohammed Aamir Hussain Khan,  He was born on 14  March 1965. He has done too much work in his showbiz career and earned a good reputation. His work has been appreciated and acknowledged well in the shape of several awards in his showbiz field and established himself as a creative and successful person. The awards won by him include several prestigious awards such as Filmfare and National Film Awards. Government of India awarded him Padma Shri in 2003. Aamir’s career is spread over three decades which is full of successes. He is not  only so p0pular locally but also in other countries. His films have also been dubbed in other languages and some quarters of media describe him as the biggest actor in the of the Indian film industry.

As regards Juhi Chawla, her  most important identity is that she remained Miss India. However she is a very good and award winning performance presenting actress and won several prestigious awards such as Filmfair award. She is also a model and film producer.

Both the above actors performed in the famous film ‘Qayamat Se Qayamat Tak’ and also in so many other films.  Reconciliation of the two actors is good and will bring useful results and more output.in their showbiz industry.

Shahnaz Gill ramp walking as a bride for the first time