First things first: This is simply a review of Teefa in Trouble and not Ali Zafar’s character or personal life

it has nothing to do with the sexual harassment allegations on the actor or anyone else involved in the ongoing case.

With that, let me just say that Ali Zafar has an impeccable track record especially as a musician and singer. His transition into acting has also been appreciated by most. But talent aside, the Kill Dil star was mostly underwhelming as a film actor in his Bollywood outings. To be fair, not many Pakistani actors have the screen presence or charisma to be international film stars.

But Ali has buried this argument with Teefa in Trouble – his much awaited, Pakistani film debut. He not only carries the film singlehandedly but shines through and makes an impressive addition to local cinema.

Directed by Ahsan Rahim, Teefa in Trouble revolves around Teefa (Ali) – a goon-slash-enforcer for Butt Sahab (Mehmood Aslam) who hires him to kidnap his friend Bonzo’s (Javed Sheikh) daughter Anya (Maya Ali) for his son. Teefa travels to Poland where Anya resides and so kicks off the story of the film.

Perhaps the first things one will notice are the stunning visuals. Beautifully shot by Zain Haleem, Teefa in Trouble sets new standards for film-making in Pakistan. What’s even more noteworthy is the fact that it is an action-comedy film. Disregarding regional cinema’s unbelievable and cartoonish action sequences, earlier attempts include Waar and Yalghaar.

While Waar impressed many for whom mediocrity was the standard, Yalghaar even failed to do that. Let’s skip Raasta altogether from this argument. Teefa in Trouble stands out not because its action sequences are better in comparison, but because they truly are the best action sequences we have seen in local films to date. In that, it sets a new benchmark. 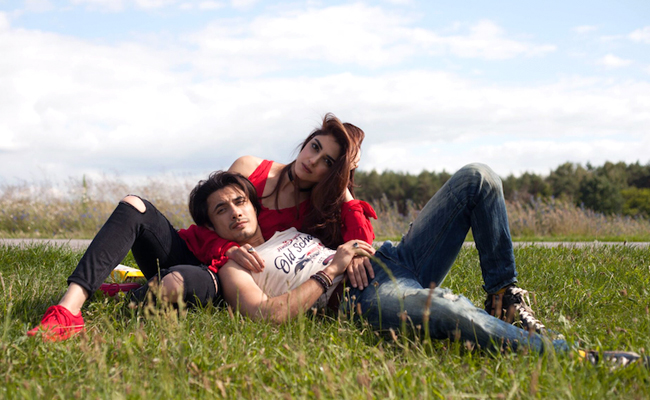 Ahsan treats Teefa as not some Marvel superhero, Bollywood “bhai” or a cartoon who purely relies on luck. But Teefa is a mix of all three. Even Shani Arshad’s background score will portray him as such. The character gets his own signature theme as well.

However, a few inadequacies hinder Teefa in Trouble from reaching its full potential. While Arshad’s scoring adds drama, the sound is mixed such that at times, it overpowers the scenes and hijacks them. The thunderous organ roars and drums add in and the volume goes sky high. While that may sound beautiful if done right, it is way too loud here and almost takes over the scene, which is exactly not its purpose.

Further, the film’s narrative and structure work just like a wrestling match between Brock Lesnar and Roman Reigns. The first half is fast-paced; we get right into action. In the second half, Teefa in Troubledrags and there are too many false climaxes. While it remains entertaining to some extent, it should have easily been cut 15 minutes shorter to make the story tight.

Some jokes may fall flat but most work. It’s classic Ahsan humour. While they may be hit-and-miss, one can’t deny how cleverly some of the lines have been written and it’s these little moments you will enjoy the most.

The addition of the comedian Faisal Qureshi proves to be a good choice. Although I’ve never been a fan of his, he plays a wonderful sidekick to Teefa. I guess all those years of (mostly) unfunny Ufone commercials finally paid off.

Maya is a future film star. She looks gorgeous and has the grace and presence needed for the big screen. But she is not quite there yet and so, the two lead actors’ chemistry also lacks slightly. It is obvious Teefa in Trouble is her cinematic debut but she will definitely get more comfortable a few films down. But kudos to Maya for taking the challenge. Her ‘anti-item number’ item number may not serve much purpose in the story, but good luck getting it out of your head.

Ali is clearly the pillar Teefa in Trouble stands upon. As Teefa, he gets in trouble big time and it keeps coming back to haunt him. But he balances it out with wit, will and muscles, like a classic film hero. 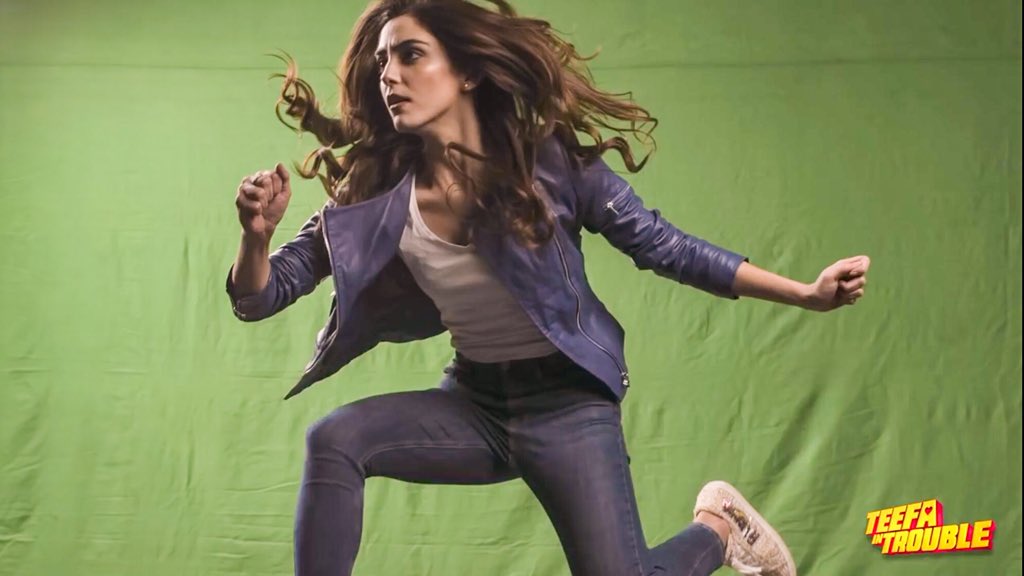 The impeccable direction and unique style makes Ahsan the newest addition to the big leagues of Pakistani cinema. He joins the likes of Nadeem Baig, Nabeel Qureshi (and Asim Abbasi, if we go by film quality and not only box office). Let’s hope he doesn’t automatically book slots for Eid releases for the next 10 years, makes bold choices and trusts his content, just like he has done here.

Verdict: While Teefa may be in trouble on and off screen, at least his on-screen troubles will make you root for him. Go be entertained, you fools!

Ali Zafar reminisces the time he spent with Yash Chopra