I fall in love with Farhan every single day

The starlet hopes for success at the box office.In a recent interview with BBC Urdu, Urwa opens up about the movie she loved shooting more, her sister Mawra, her marriage to former Jal vocalist Farhan Saeed

In a recent interview with BBC Urdu, Urwa opens up about the movie she loved shooting more, her sister Mawra, her marriage to former Jal vocalist Farhan Saeed and much more.

When Fifi Haroon inquired as to which movie Urwa hopes should do better at the box office, the Udaari star quipped, “Well, both!” 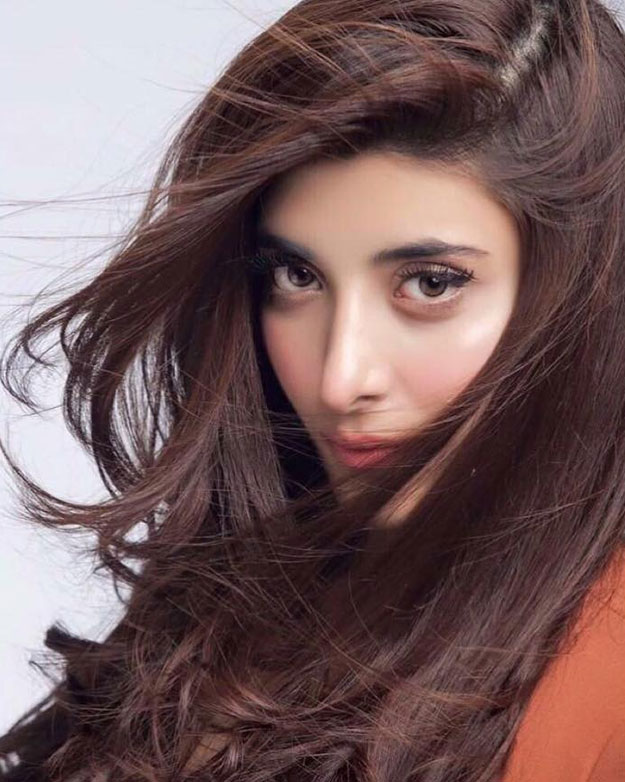 Urwa Hocane’s ’24/7 Lak Hilna’ might be the next shaadi anthem but it won’t be a part of our weddings!

“Both teams have worked equally hard, teamwork was amazing, scripts are excellent, therefore the project deserve to excel,” she started.

When asked which movie she had more fun working on, Urwa hesitantly replied, “I know this might sound mean, but I had more fun on the sets of Punjab Nahi Jaungi.” 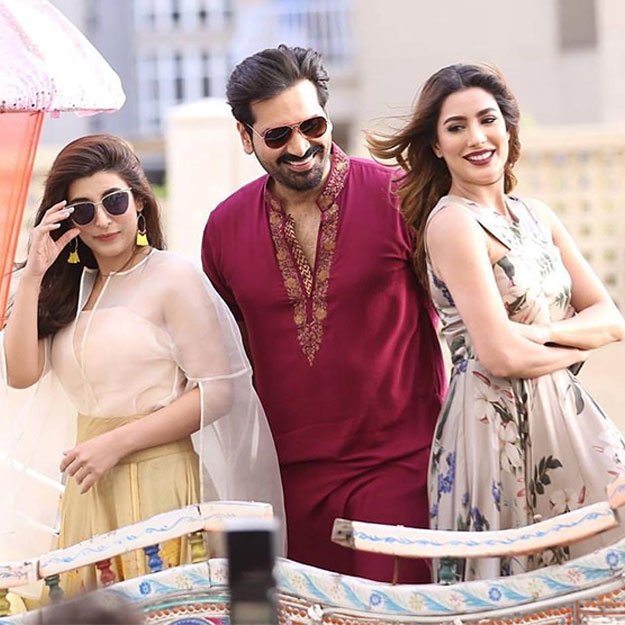 The 29-year-old was lauded for her performance in critically acclaimed Udaari which highlighted the taboo of child abuse. The show elevated Urwa to new heights of success.

Hailing from Punjab, Urwa takes pride in her heritage and everything that comes with it, so it might come as a shock that the Rangreza beauty revealed that she isn’t a foodie at all! 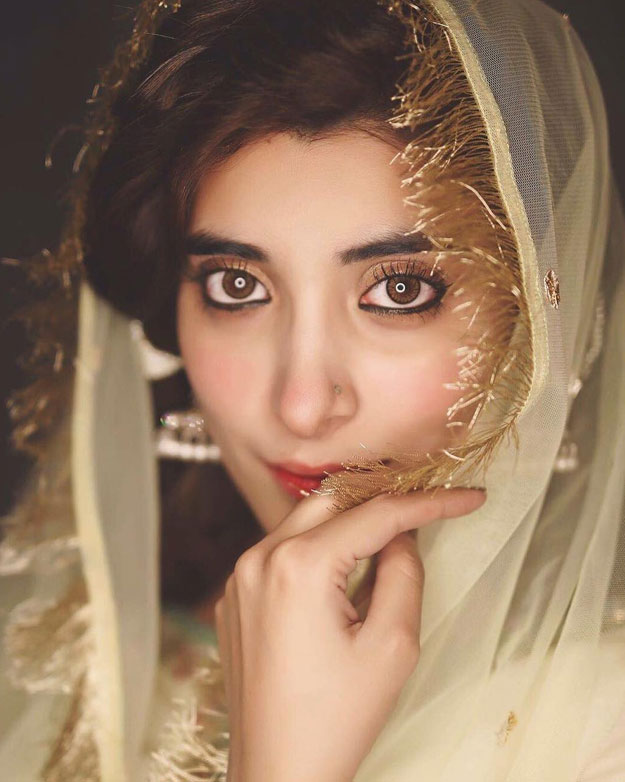 But that doesn’t make Urwa opt for a strict model diet. The starlet believes that everyone should feel comfortable in their skin.

“I’ve always been my true self. I always tried extremely hard not to lose myself in all the glitz and glamour. I never let the people’s judgement affect me.”

Discussing her very public marriage with beau, former Jal front man, Farhan, Urwa asserted that the wedding was never part of a ‘publicity stunt’ but something the couple wanted to plan for themselves. 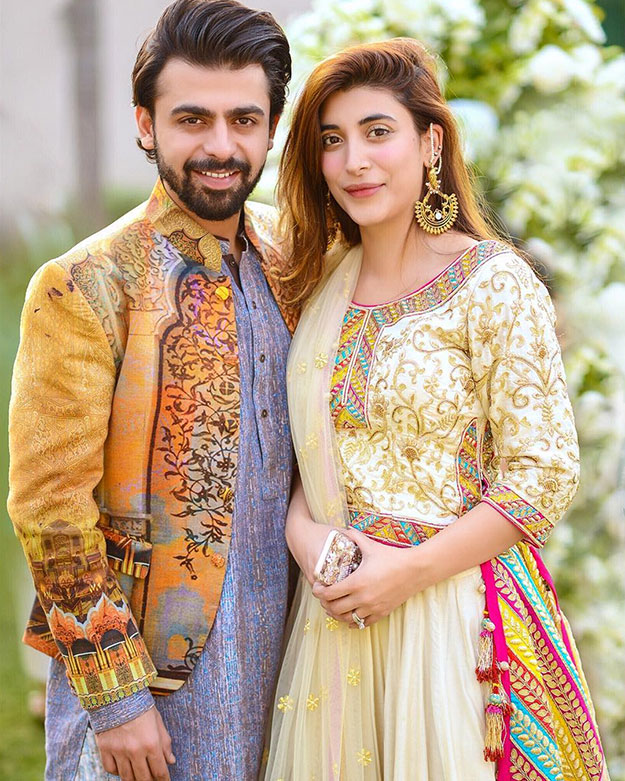 “Everyone nowadays owns either a camera or a smartphone, so obviously you can’t stop anyone from capturing everything and it also would have been really rude to not let them. Therefore, we decided to allow everyone to take pictures, make videos while we just enjoyed our moments,” confessed Urwa.

The star was heavily criticised for indulging in an overly glamorous wedding. To this, Urwa retorted, “I think it was my divine right as a bride to dress to my liking, and it was just for me. It was all possible because of all the hard work Farhan and I do. We have earned through hard work and compassion, so it’s only fair we get to choose how to spend it.”

Urwa’s younger sister, Mawra Hocane too is a huge name in showbiz. While Mawra has excelled internationally after her Bollywood debut inSanam Teri Kasam, Urwa has stuck to her roots in the country and has been excelling in Pakistan. 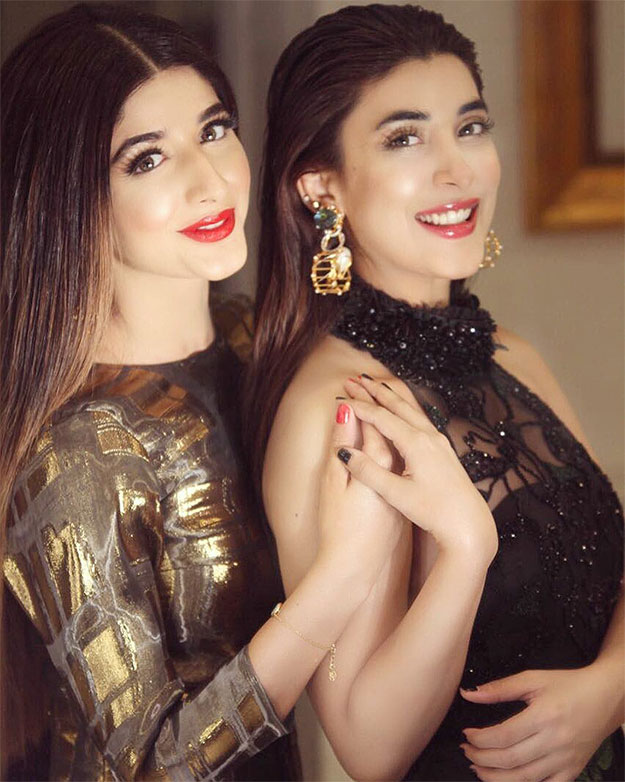 Talking about how the work she does is parallel to what Marwa does, Uwra stated, “One can’t really compare the kind of work Mawra and I opt for. Mawra is an international star now. Everyone knows her and recognises her abroad. She has gotten Pakistan recognised internationally. The barriers that are created are self-made, they are the ones we created ourselves. As artists, politics and war don’t mean anything to us.” 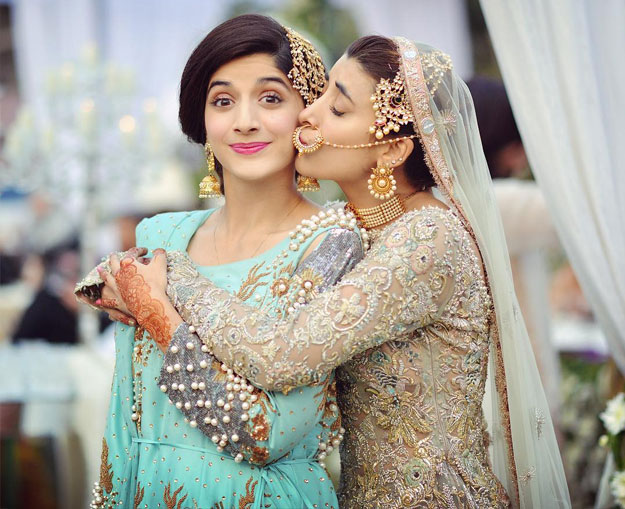 “More often than not, I’m travelling for work so whenever I get a chance, I prefer to stay home. However, Mawra and I are definitely planning a world trip!”

She went on to laud all Pakistani celebrities who have done extremely well across the border.

“It’s enough that an internationally recognised movie is getting linked to Pakistan somehow. I’m very instinctive towards the work I do. I don’t care about the TRPs or if the drama is getting a permanent slot in prime time,” Urwa shared.

Title track of ‘Rangreza’ is out and we expected much, much more

Delving into her upcoming movie Na Maloom Afraad 2, the actor revealed that she wasn’t all too happy about the sequel being extremely men-driven. “I complained to producers the moment I read the script. The feminist in me was really offended that the movie that I’m a part of doesn’t have any well-defined female characters that exude strength,” she said. 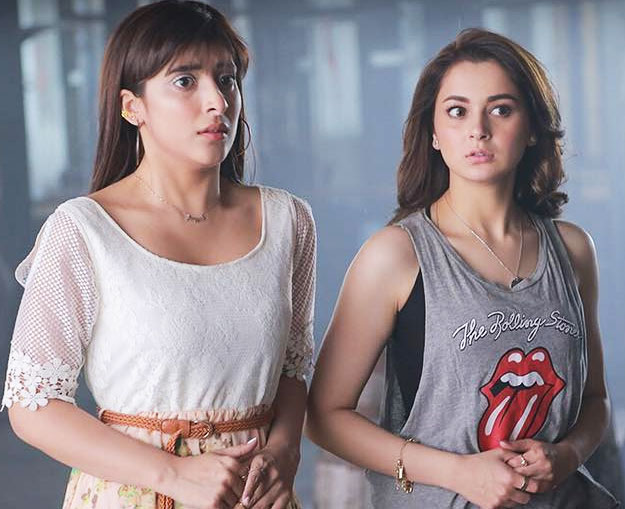 “No female actor should be treated as arm candy,” she added.

She also spoke about her marriage to the Sajni crooner at length. “I’m a romantic at heart. I remember the time Farhan proposed to me and how it came as a shock, and how the first thought I had was surrounding my wardrobe. I’m someone who hates surprises, and this was the biggest one. But thankfully, I was wearing decent clothes,” laughed Urwa.

“In three seconds flat, I said YES! We have been dating for three years. There was no way I wouldn’t have agreed. Later that day, I got really mad at Mawra for not telling me as she was a part of this surprise! But you know, she kind of tried to get me dressed that day. My usual self is too lazy to dress fancy all the time,” she further added. 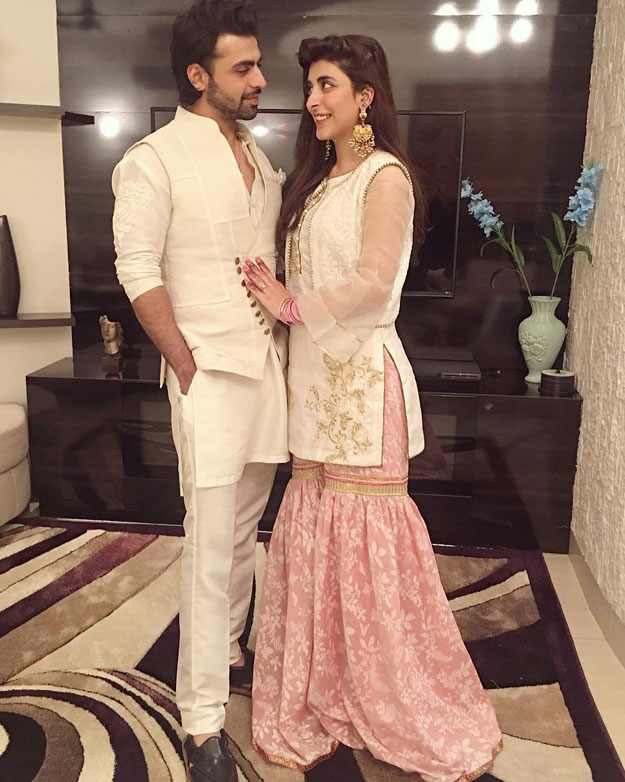 “We’ve always been very open about our relationship, and why shouldn’t we be? We never try to hide any hatred so why hide something that makes you feel blessed? And I feel extremely blessed to have Farhan as my husband,” she went on to say.

Talking about how she never planned to get married this early, Urwa said that it was absolutely spontaneous. “I’m not somebody who can plan well. I don’t even plan my next day. Spontaneity and independence are two essentials in my life.”

“Our parents have always trusted us with the decisions we make. Therefore, we always knew the consequences of the choices we made. Farhan too never expected me to ask for any sort of permissions from him – that’s one of the things he loves about me, that I’m so independent!” 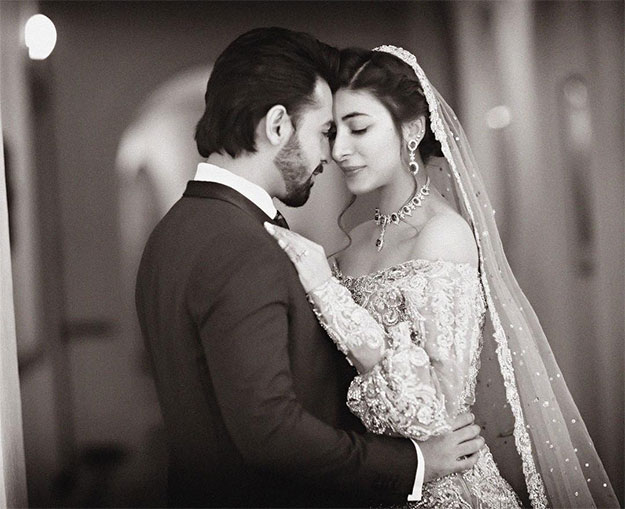 “I fall in love with Farhan every single day. I’m a hopeless romantic. You can easily spot this trait of mine in any movie that I do and I love doing romantic movies, therefore Punjab Nahi Jaungi was a dream project,” said the actor.

“Both of us think, act very maturely. The things that people usually worry about won’t even matter down the road. What will matter is the kind of family, friends and people you have earned along the years and how happy you are,” Uwra spills the beans on what matters to her in life.

‘Punjab Nahi Jaungi’ trailer makes us want to say, “Shut up and take my money!”

“Even before I was an actor, I couldn’t watch dramas that revolved around helpless women,” she said. “I felt like Udaari highlighted quite the contrary image of women in our society.”

“Baahubali is one movie I wished I could have starred in. I’ve watched the movie eight times and I’m completely obsessed with it!” reveals Urwa on the kind of movie role she’s enamoured with.

Ali Zafar reminisces the time he spent with Yash Chopra

I am a batter actress as compared to Priyanka Chopra-Meera

Hania Aamir on her struggle in Showbiz