Kareena Kapoor will appear in Dabang 3.

Kareena Kapoor may appear in Dabang3.

There are news in the media that Indian film actress Kareena Kapur may appear in the Saman Khan’s film Dabang 3. She also performed in the second sequel  Dabang 2 and her performance was highly appreciated. Now keeping in view that performance, she will also be included in the next sequal Dabang 3. It is being said that she recently met producer, Arbaz Khan,  in connection with her performance in the said film. Leading roles in Dabang 3, will be performed by Salman Khan and Sonakshi Sinha, like Dabang and Dabang 2. However Kareena Kapur will perform dance on special item.

Kareena’s performance is usually appreciated. However some of her film remained uns 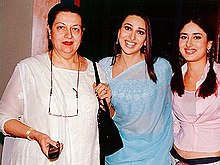 unsuccessful but her overall career is very successful. She was born on 21 September 1980. She is the wife of actor Saif Ali Khan and also mother of a child.
Kareena enjoys a successful career in Hindi films. She is one of the highly paid actresses of the Indian film industry.She started career with performing in film ‘Refugee’ in the year 2000. She then worked in historical drama ‘Asoka’, then she performed in the film ‘Kabhi Khushi Kabhi Gham’. After that she appeared in so many films and dramas, established herself a talented actress and was recognized officially. She won best actress award and best supporting actress award. Kareena has performed several kinds of roles including romantic comedy, criminals etc. The awards won by her also include six Filmfare awards. The Filmfare award too is a very prestigious award of the Indian film industry . It is given by the largest English Newspaper group to talented people. Selection for this award is made on the basis of dual voting system i.e. votes from the public and votes from the experts of the field.
Kareena, in addition to her film profession, also hosts radio programs and stage shows.She is also know as a fashion designer.Her off screen life is also remain the subject of news in the media.  Some people criticize her for alleged carelessness towards  looking after her child but she denies and says I, along with my film career, give full attention to my child.
219
Share