One should let their work make them a star: Indian actor Sara Khan

KARACHI : Many Indian artists have come to work in Pakistan over the last few years.

since India-Pakistan relations worsened recently, not many have attempted to cross over for collaborations. The situation hasn’t improved enough but fortunately, Indian TV actor Sara Khan took a bold step and crossed the border to shoot her latest Pakistani drama, Laiken.

Sara, who made her debut in Bay Khudhi, has also joined Express group’s Talent Hub to continue her journey in Pakistan. Speaking with The Express Tribune, she said, “The reason I decided to come to Pakistan was because of the strong content in Pakistani television.”

Indian dramas have been known to portray women in degrading roles and often become quite repetitive in their exaggerated presentations. Sara, however, believes things are changing in the India as well. “Yes, a lot of dramas portrayed the same saas-bahu situations and I have played the crybaby bahu numerous times. But now, it’s changing. I created this trend when I worked in Naagin. I also played a vampire in another.”

Regarding the most significant difference she found between Pakistani and Indian serials, she said Pakistani dramas are more realistic. “They are more real and relatable. And then, another aspect I enjoy here is that they end on time. It takes about a month or so to finish a spell for a drama here whereas in India, they just go on forever. So, in Pakistan, the shorter duration keeps it fresh and an actor can move to another project.” 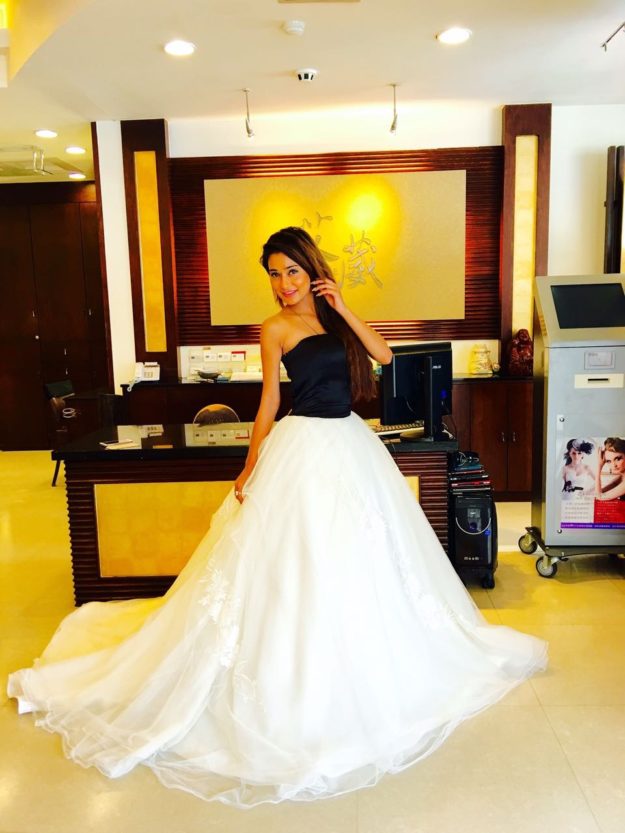 The Big Boss participant shared she never thought about coming to Pakistan for work. “I was once watching a drama with my grandmother and it was she who brought up the idea of me going to work in a Pakistani drama. But then, I totally forgot about it until I got an opportunity to do Bay Khudi.”

As for what she expects by joining Talent Hub and her goals in Pakistan, Sara said she didn’t have any goals. “People go work elsewhere and have goals to become a Bollywood or Hollywood actress. I don’t. I believe in just continuing to work. Jo bhi karo, bas karte raho. Let your work make you a star.”

Asked which Pakistani celebrity she would like to see in the Indian reality TV show Big Boss, she quipped, “Pakistanis can’t come to India yet. But I’m sure the situation will be better in no time. And then, I would love to see my Bay Khudi co-star Noor Hassan in Big Boss. He’s such a funny, crazy and fun-loving guy! And he’s always calm, so it would be funny to see him lose his temper in Big Boss.”

Imran Abbas with Turkish actors for a show from Turkey