Things tend to get more complicated for the Lux Style Awards (LSAs) with every passing year.

If it is not the credibility of the show that is being questioned, then it is its script that becomes a point of debate.

Nowadays, people remember the LSAs more for the controversies it generated than the zenith and glory it proomises. But like it or not, they are still talking about it. This time around, it’s Pakistan’s very own diva-turned-incredible-Bollywood-starlet Saba Qamar, who is talking about our most celebrated award show but she is not speaking in its favour.

“Although I am nominated for three different plays, I will not be attending the LSAs as a protest,” Qamar told The Express Tribune in a telephonic conversation. “They never bothered to honour me during the past 12 years and now that I have the Bollywood stamp, everyone is acknowledging me all of a sudden.”

Qamar recently into the limelight when the trailer of her Bollywood debut Hindi Medium got released last week. In the trailer, she delivers a noteworthy performance, holding her own opposite a seasoned actor like Irrfan Khan. In fact, in some parts, Qamar manages to outdo him in terms of performance.

Ever since then, much of the Pakistani entertainment industry has been raving about the Digest Writer star’s acting skills. Some would argue that it’s natural for her performance in Hindi Medium to be applauded for she has made a name for herself in the world’s biggest film industry. To Qamar, however, it feels like hypocrisy, particularly on part of all the brands and award shows that are approaching her now.

“I have been working in the Pakistani entertainment industry since 2004 and no brand or award show has ever approached me in all this time. Now that I have come back from India, every brand and every award show is running after me. It’s almost as if they just noticed my presence,” she stated. 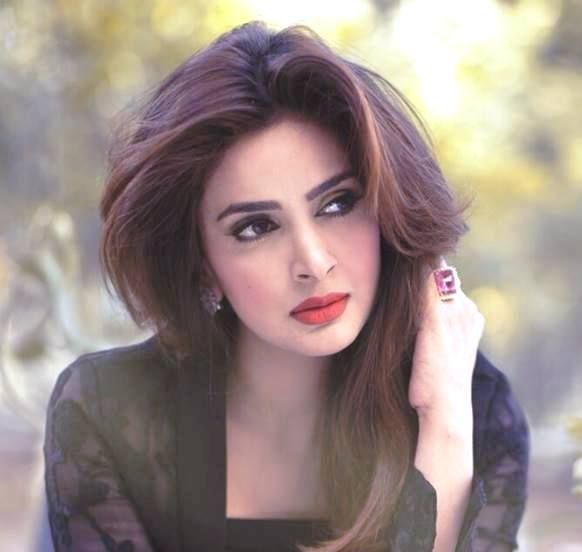 We cannot comment on the nature of offers and endorsements deals that are being made to Qamar post Hindi Medium but one thing is for sure: as a society, and an audience, Pakistanis do tend to wait until local artists have returned from Bollywood to take them more seriously. Whether it is our fascination with Indian films or the fact that we underestimate our homegrown talent, we hope things change for the better for both Qamar and the LSAs.

The 16th Lux Style Awards will take on April 19 and artists have been nominated in 28 different categories.

Imran Abbas with Turkish actors for a show from Turkey