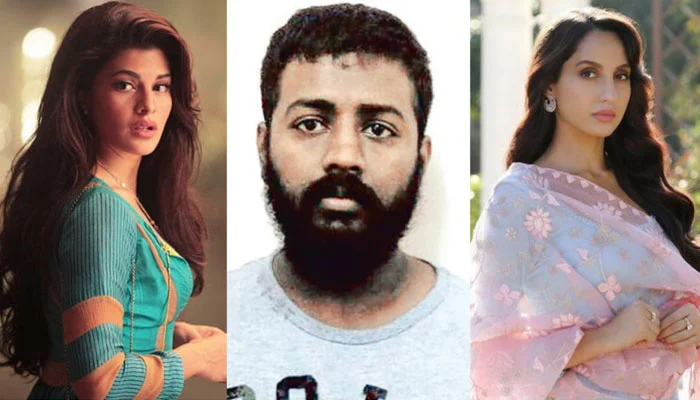 Nora brainwashed me, saying she was dating him, Sukesh Chandrashekhar

Accused Sukesh Chandrashekhar, arrested on charges of money laundering of 200 crores in India, says that celebrity Noora Fatehi brainwashed him, she was jealous of actress Jacqueline Fernandez and kept insisting on dating him.

It should be noted that actress Jacqueline Fernandez is on bail in the 200 crore money laundering case, while Noora Fatihi has already been given a clean chit in this case.

The main accused in the case, Sukesh Chandrashekhar, has issued a statement through his lawyer in which he has claimed that Bollywood celebrity Noora Fatihi was hot with actress Jacqueline Fernandez.

Sukesh also said that ‘Nora Fatihi brainwashed me about actress Jacqueline Fernandez, because she wanted me to leave Jacqueline and start dating her.’

He also claimed that Nora used to call him ten times a day and if he didn’t answer any call, Nora kept calling him non-stop.

The accused said that Jacqueline and I had a serious relationship. I started ignoring Nora, but she kept bothering me with calls.

“Nora requested the help of one of her relatives, Bobby, to set up a music production company for her, which I did for her,” Sukesh said.

She said, ‘Nora used to send her pictures of bags and jewelery from world-renowned brands that she wanted to buy, and I got her the items that she still uses today.’

“You ask Nora to show a single bill for these bags, she claims she won’t be able to do that because she doesn’t have any bills for the bags that cost more than 2 crore rupees,” Skesh said.

It may be noted that the Economic Offenses Wing of Delhi Police has submitted a supplementary charge sheet in the 200 crore money laundering case.

If someone says something about the issue of Feroze Khan, there will be a reaction, Shamoon Abbasi

For the first time after differences, videos of Saba Faisal’s dance with their…